Brown Patch is a relatively common disease whose causal agent is Rhizoctonia spp. and it can affect all turfgrass species during the summer months. The favourable conditions for its occurrence are warm humid weather patterns, particularly when soils are poorly drained and the sward is heavily thatched. As a result it is more commonly observed occurring on NZ Browntop or Fine Fescue lawns rather than ryegrass lawns.

This disease shows as rapidly enlarging irregular or circular patches where the foliage turns purplish initially followed by a light brown colouration. Occasionally the turf will recover in the centre of the effected area and this will result in the appearance of a ring of diseased turf.

Prevention is best effected by applying a systemic fungicide such as Taratek. 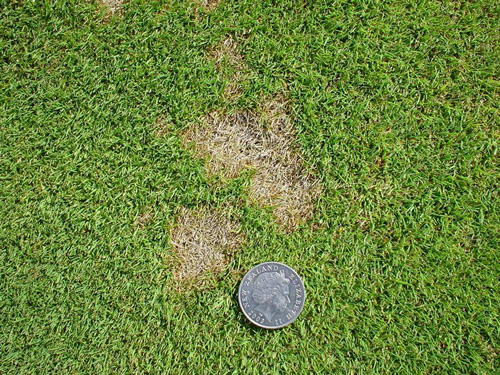 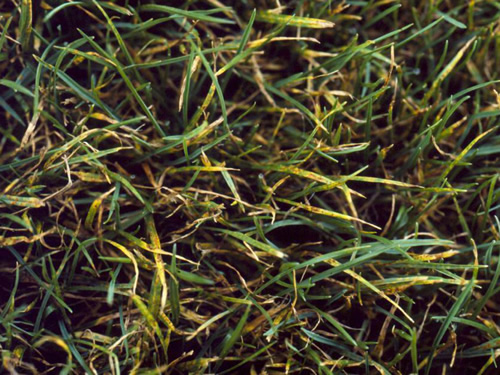 The causal agent for Crown Rust is the plant pathogen Puccinia coronata. and it affects both ryegrasses and Kentucky Bluegrass. 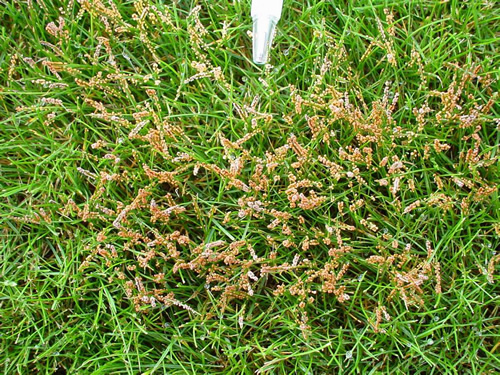 The causal agents for this disease include many Basidiomycete spp. It is generally seen in winter when cool and wet